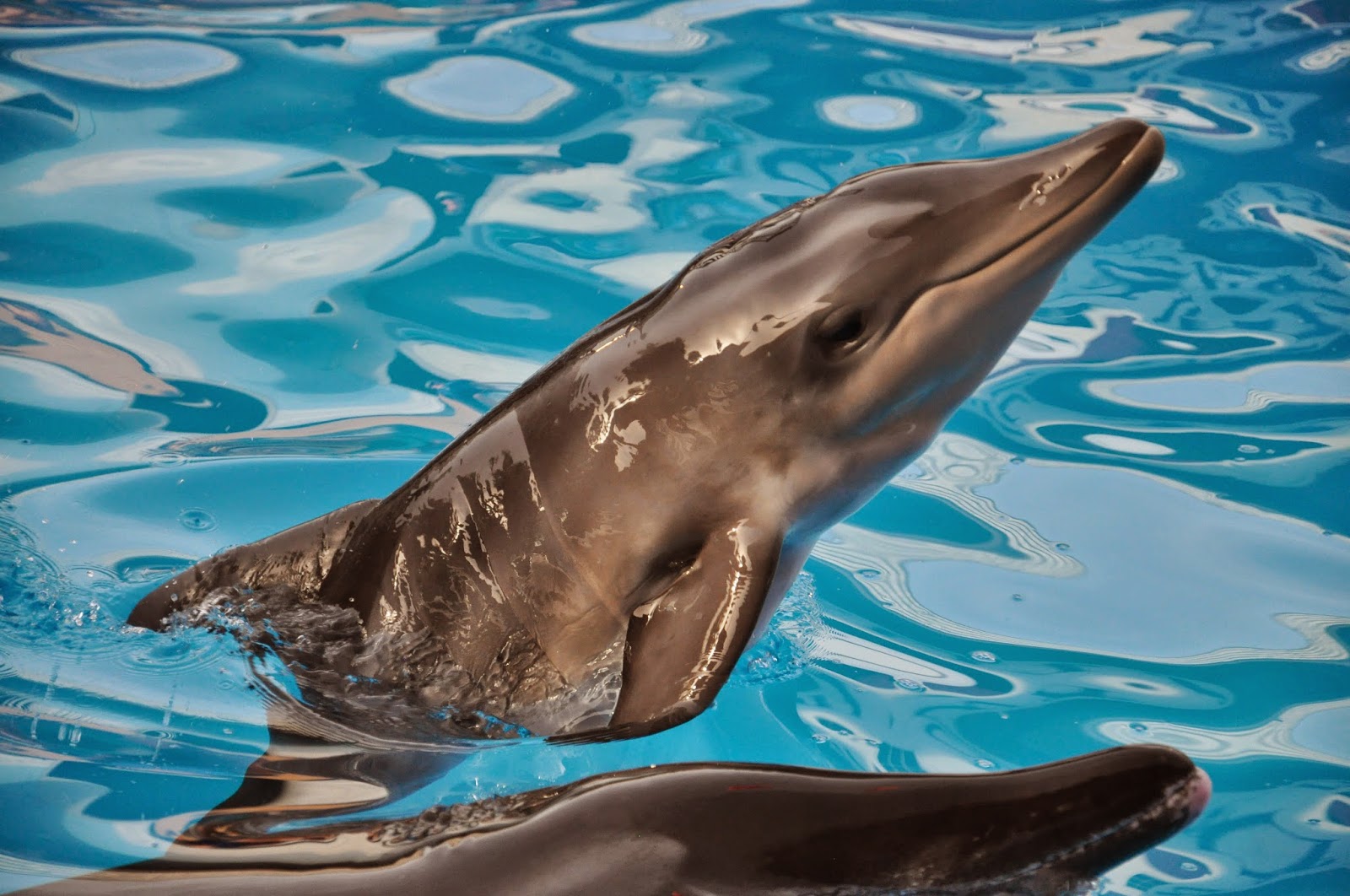 Gulf World Marine Park is proud to announce the birth of a male Rough-toothed Dolphin.  Doris gave birth at 5:58pm on Friday June 27, 2014.  Doris is an offshore dolphin that stranded in 2004 on Cape San Blas in a mass stranding. After extensive rehabilitation she was deemed un-releasable by the US Government. There were an unusually high number of rough-toothed dolphins that stranded from Texas to the Florida Keys over the course of a couple of years. Gulf World volunteered to house all of the dolphins that were deemed un-releasable and is the only facility that has them in long term human care.

The father of the calf is Astro a rough-toothed dolphin that stranded in 2005 in Houston, TX.  Astro was deemed un-releasable because of sever hearing loss and Scoliosis. Gulf World staff started 24th monitoring of the expectant mother on June 7th after they observed the beginning stages of labor.  After the birth the calf seemed to be having a problem nursing.   On Sunday the mom and calf was moved to a different pool so the staff could assist the mother with the feeding process. The first 30 days are very critical for the calf’s survival. Gulf world’s veterinarian and marine mammal staff will continue to monitor the dolphins 24 hours a day for the next few weeks.